We are very proud of all the history in our village, from medieval origins to the present day; from historical characters, buildings and events to art, publications and photographs.

There will be much information added to this page.  Let’s start with the link that Ron Adams has kindly allowed us to use – photographs of days gone by here.  Ron also has a Facebook Group:  https://www.facebook.com/whitchurchbucks/ 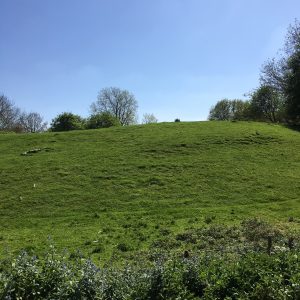 The remains of the motte and bailey Bolbec Castle (please note that it is in private ownership) may be easily viewed from Castle Lane, Weir Lane or the nearby public footpath.  Stones were removed from the ruins, after Oliver Cromwell’s visit, and are said to be parts of existing buildings in the village.

You may be interested in reading this Historic Towns Assessment Report:

Buckingham County Council has an archive of over 100 Whitchurch photos: https://www.buckscc.gov.uk/services/culture-and-leisure/buckinghamshire-archives/online-resources/historic-photographs/

… and the knitted blanket!

A short history of Whitchurch by Maurice Foulger:

The Firs – What do you know? How many times have you walked past The Firs at the top of the High Street and wondered what really did go on behind those high brick walls during the long dark years of the 2nd World War. Some will have read the fascinating account of Colonel Stuart Macrae who was Second-in-Command at the secretive Department M.D.1 otherwise known as “Winston Churchill’s Toyshop” in his book of the same name. Others will have seen reference to this building in the Whitchurch video and on the Village Walk Leaflet. One villager who does know a little more about the place is Audrey Copelin who lives on the High Street and she returned a few weeks ago to The Firs for the first time in more than sixty years. This was at the invitation of Christopher Mann, Chairman of Plenham Publishing, the current owner of The Firs, (please note: The Firs has been put on the market for sale 2019-20) who has been researching the history of the building and who is eager to learn more about the place.

Audrey first came to Whitchurch in 1944. It was on a weekend visit to a friend in Castle Lane in order to meet a cousin, just returned from North Africa, and stationed at Hartwell House – sadly killed a few months later in Holland. It was there that she met her future husband Mac, a design engineer, who worked at The Firs. They married in 1945.

Mac arrived in Whitchurch in 1940 when the precursor to the “Toyshop” moved from it’s home at Portland Place in London to the country house which had been requisitioned from the Abrahams family.

Audrey admits to not knowing too much that went on there and had been through the doors only twice before. However because of Mac’s involvement and his collection of photographs taken in the 1940s together with other memorabilia she was able to pass on some tales and anecdotes to Christopher Mann that added to his knowledge of The Firs. He would now like to learn more from other villagers.

Mr Mann has kindly offered to hosted an event at The Firs a few years ago, when villagers attended to learn more about the building and it‘s history but at the same time hear from anyone else who had tales to tell about the place. Maybe someone has photographs of the period or even artefacts and mementoes which are laying in a drawer. You might have a family story that relates to The Firs or the work that was done there. Was your house used to lodge workers from The Firs or can you remember stories told by a relative. What about before the house was requisitioned in 1939 or what went on after M.D.1 finally closed it’s doors in 1945.

All contributions will add to our knowledge of an important building and be recorded for future generations.

Do you have any photos of celebrations in the village?  The Queen’s Silver or Gold Jubilees, Millenium etc?  If so, please email melperry.editor@gmail.com

There are many publications that have been written about Whitchurch. From this list (see below) the two for which the Editor has had the most requests to help find copies are the History of Whitchurch, Bucks, by Joseph Holloway, and the Chronicles of Whitchurch, Bucks, by G W Wilson. Both are long out of print but copies do exist and some people in Whitchurch have managed to obtain them, however these are not generally for sale. Recently a descendent of Joseph Holloway contacted the Editor in the hope that she might find a copy of the History of Whitchurch.

Now however, whether you be a Holloway or a Wilson, anyone visiting the Whitchurch Village Web Site will be able to read both publications, thanks to a most generous gift from the son of the late Mr Roy Garnham Elmore. Mr Elmore was born in 1940 in Spring Cottage by Whittle Hole, Whitchurch.

Rupert Elmore was going through some old computer files when he found a PDF file which contained the complete and unaltered text of History of Whitchurch and Chronicles of Whitchurch which his father had put together in 2001. Thinking it may be a useful addition to the Whitchurch Village Web Site, and also a fitting tribute to his father who passed away in January 2005, he contacted the Editor.

The Editor is pleased to include this for the benefit of others and access can be gained by clicking here.

Your attention is drawn to the Forward, an extract of which is below.

Between the two title pages (pages 45 – 59), I have incorporated a section containing additional information that may well be useful in understanding some of the more obscure references and may help to place many of the events in their appropriate time frame.

“A few years ago someone living in Australia and who had connections with the village was researching his family history and sought help from the village web site. He knew an ancestor was buried in the church of St John the Evangelist, Whitchurch, and wanted a translation of the Latin inscription. Fortunately living in the village is a scholar who was able to assist. The response is below the following photographs of the grave cover which can be found in the north aisle of the chancel. I have consulted a friend, my daughter-in-law, my encyclopaedia, History of Bucks by J J Sheaham and History of Bucks by George Lipscomb. The engraver probably did not know any Latin so there are some rather strange words here. So I will attempt a paraphrase rather than a translation.

“Here lies Edward Smythe, Knight, who after pausing from judging lawsuits in Ireland, carried off, because of this the reward of great fame, for he was made Chief Justice (of common pleas in Ireland) But being religiously inclined, and feeling the weight of cares, he nevertheless thought it wrong to devote his soul to God while he was still fit to hold office, and through his Ormond, setting a fine example by giving up (his wife to serve God) he obtained what others eagerly strive for, that is , high office. Then he took his part in Parliament in England, as long as it (Parliament) held out against Charles (the first) and the church, that is, for as long as there was room for wise policies. I shall say a few, but important, things about his life after that. He was rich in wealth and honour, he was devout, living like a poor man and a private person, well known for his prudence and learning, yet modest, courteous and honest, knowledgeable in local law, yet not against the clergy. He was indeed a well-disposed patron of everyone everywhere, endowed with all the gifts of mind, body and fortune, and public-spirited, yet he preferred to have time for God and himself. He was unobtrusive not only when living but also when dying, for having lapsed into a coma in bed this excellent man did not die (immediately) but (in the end) he passed away aged 79 Feb 20th 1682”

Mrs Sankaran then goes on:

Ormond. – A member of the family of the Earls of Ormond. Ormond is an old name for Tipperary (Ireland). This particular Ormond was Sir John Pakington. He sided with Charles I in the Civil War, was committed to the Tower, fined an immense sum and his estates were ordered to be sequestered for the use of Parliament (presumably Cromwell’s Parliament).

It is not clear in exactly in what way Sir Edward wanted to serve God. He evidently considered it a duty to serve in Parliament. Charles I, of course, restricted the powers of Parliament, supported in this by the church, and Sir Edward eventually gave up his office. It seems he was not against the church as such, but against its support of Charles. He seems to have avoided the kind of treatment meted out to his friend Pakington.

The Smythes held the manor of Whitchurch. I tried to find out what happened to them after Sir Edward. He was succeeded by his son Edward Smythe Esq. D.1690, after which Mrs. Mary Smythe widow in 1692 is mentioned as Lady of this Manor and again in July 1695, in a list of collections for Briefs. Lucius Smythe Esq. (brother or son of Edward) died here and was buried 24 November 1694 and either by Mrs Mary Smythe, widow, or the said Edward, a short time before his decease, the Manor was conveyed to John Reynolds, Gent. (I do not see how Edward, who died in 1690 could have conveyed the manor to Reynolds, since Mary Smythe is mentioned as still holding it in 1695.) Sarah Spencer Smythe, daughter of Edward Smythe Esq. and Mary is wife was baptised here 16 July 1682.

Mrs. Sankaran could then trace no further Smythes and thinks the line died out.”

(Note from editor, 2020 – there is a history of Smythes in Bristol)

Literature and the Arts

Born Joyce Anstruther on 6 June 1901 in London, Jan was partly brought up in Whitchurch spending her some of her school holidays at the family country home, Whitchurch House on Oving Road. Her parents separated in 1912 and her father continued to live in the village alone at Old Court House. She  visited him frequently and shared a love of hunting with him.  Her mother Eva had some success as a writer.  She was a poet, newspaper columnist, she wrote short stories, at least one play and several novels.  She inevitably had a major influence on Jan’s future.  When Jan married Anthony Maxtone Graham in 1923 they set up home in London where she pursued a literary career.  She wrote witty, short poems and hymns including the ever popular Lord of all Hopefulness and in the 30s established herself with contributions to the likes of Punch, The Spectator and The New Statesman.  Jan was asked to brighten up the Court Page of The Times and it was her observations on life in the immediate pre-war years which were the source of the Mrs Miniver character.  These were collected into a book published in October 1939 which became a best seller in America and prompted an invitation to lecture in the States.  She took the youngest two of her three children to New York and subsequently the 1942 William Wyler film Mrs Miniver won 6 Oscars, including for best film, best director, Greer Garson as leading actress, Teresa Wright as best supporting  actress, and for script and cinematography (black & white).

The years of separation due to the war lead to the breakdown of her marriage to Anthony.  She began a long affair with Adolf Placzek, a Viennese art historian 12 years her junior who she married in March 1948.  Her latter years were plagued by ill health and she died on 20 July 1953 of cancer. Her ashes are buried in the Church of St John the Evangelist in Whitchurch alongside her father. 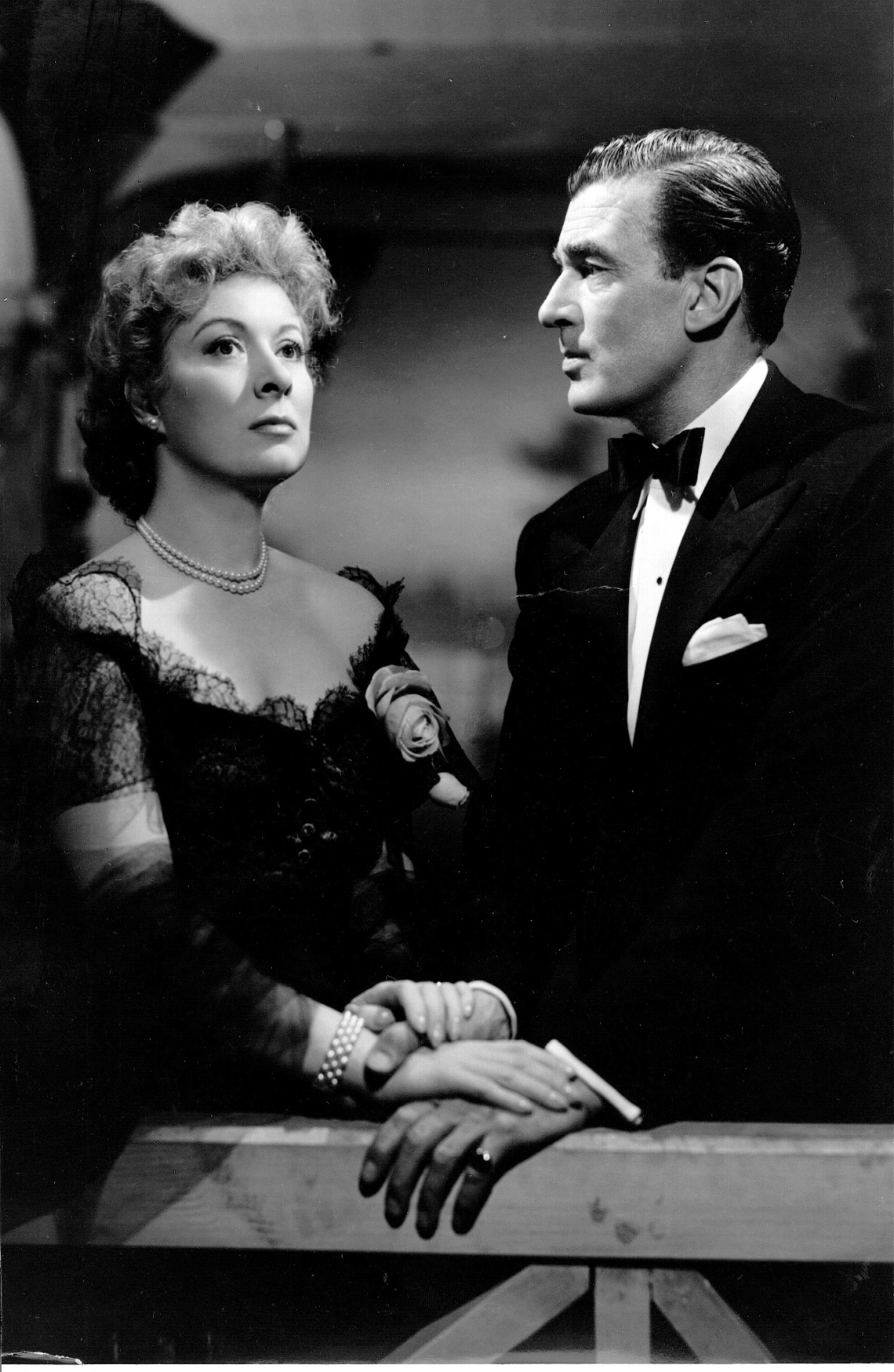